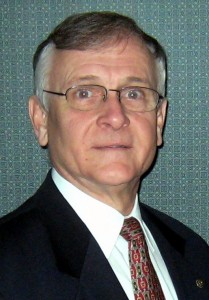 Richard Milewicz was named the P&BA 2010 Man of the Year, the 50th Man of the Year in the history of the organization. The announcement was made at the General Membership Meeting on March 2, 2010.

Dick Milewicz has been a member of the P&BA since 1998. He immediately became pro-active and has since made numerous contributions to our Association. He served on the Board of Directors for 10 years.  Dick served as President in 2001 and 2002 and held other Board offices during his tenure. While serving as President, he made numerous contributions to our association. He assisted in maintaining our financial stability and improving our organization’s programs. Under his direction, contributions to a variety of community projects were increased. Our Man of the Year served on numerous association committees, including the P&BA’s 100th Anniversary Celebration. Dick also chaired many of our successful events.