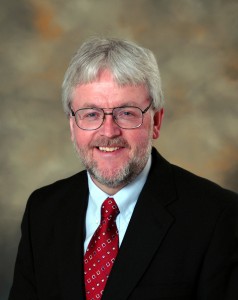 Bob is a self made entrepreneur. He began his career in the heating and air conditioning business at Buscaglia Equipment Company, the people that built the original markets for Tops, Bells and Super Duper. This led him to night school operated by the Refrigeration Services Engineers Society. Upon graduation, he worked for a small heating and air conditioning company where he further enhanced his technical skills. In 1981 he registered the name Robert A Nowak Refrigeration with Erie County. The rest is history. Today, he owns and operates his company, R.A. Heating, Air Conditioning, Refrigeration, with the assistance of his wife of 30 years, Nancy, nephew Ken Winierski, and recently his son Chris.

Bob has been a member of the P&BA since 2003. He immediately became pro-active and has since made numerous contributions to the Association. He served on the Board of Directors for 6 years and was elected President in 2007 and again in 2008. During his presidency, Bob was successful in having Erie County Executive Chris Collins speak at our General Membership Meeting. Bob served on numerous Association committees and chaired many successful events, including the 2009 Past Presidents / Man of the Year festivity. Bob was instrumental in developing the P&BA booth at the Polish Heritage Festival to promote membership and to create a public presence for our association.

Bob enjoys the electric piano and has played on numerous occasions at the P&BA Children’s Christmas Party, Summer Stag and our Spaghetti Dinners. He also played in a band at weddings, school reunions, boat cruises and numerous charitable events. Bob is very active with the St Gabriel’s Holy Name Society where he is a avid volunteer at various gatherings at the parish. He is also a Fourth Degree Knight with the Knights of Columbus.

The Man of the Year is the highest recognition that can be bestowed upon a P&BA member. It is a prestigious honor that is conferred upon an individual who has demonstrated exemplary service to the Professional and Businessmen’s Association, and/or has demonstrated unending contribution to the growth of Polish Heritage, and/or has played a key roll in promoting growth in the community. Since 1958, 52 members have been so honored. Bob will be recognized for his achievement at an upcoming bi-annual Man of the Year / Past Presidents Banquet.